Learn karate properly at one of Europe's top karate schools. Aberdeen-based NKI is run exclusively by NVQ qualified instructors. NKI is an OCR approved centre for the delivery of Vocational Qualifications and a Centre of Excellence for Karate. We are proud to be the premier club in the North of Scotland and, in all Scotland, holder of more prestigious international awards than any other.
A family organisation, the safety of the children in our care is of the utmost importance to us. We strive to provide a safe environment in which children and adults can practise. Many parents come to our dojo to train at the same time as their children. Special children-only classes are also provided.
Successful karate students drive themselves to train; they practise at home and strive to improve their technique. This is important as discipline and dedication lie at the heart of individual success in all aspects of life.
The qualities that we help our students identify and develop are those that have been the backbone of Scottish achievement through the ages. We embrace a martial art and use it to uncover and develop the qualities that we need as an ambitious 21st century country. SHOTOKAN KARATE: A SHORT HISTORY
Shotokan karate is one of the most popular of the modern styles of karate. It is the most powerful and dynamic of the Japanese systems, and is generally considered to be the most comprehensive, both in the range of its techniques, and the number and diversity of its kata. But to understand the basis of Shotokan, and to appreciate the rich pedigree of karate, we need to look to its origins. 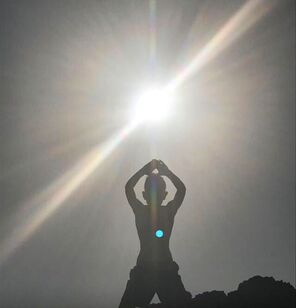 ​The first concrete evidence of unarmed fighting methods appears on the tomb of Pharoah Menes, the warrior king who first unified Egypt and who died around 3000 BC. Pictures show an unarmed combat technique which karateka would recognize as jodan-uke in shiko-dachi (a block to the face area, warrior in square stance). The Chinese emperor Shi‑Huang‑Di (221‑206 BC) was buried with an army of some 7000 life‑size figures of horses and soldiers to guard him in the afterlife, and of particular interest are the figures of the officers, all unarmed and in postures showing they used a fighting method remarkably similar to karate. Throughout this period and after, the Chinese countryside was rife with bandits, and merchants hired bodyguards to protect their caravans. This eventually led to the development of the professional warrior, and it was under conditions such as these that the martial arts evolved in the East.
The Ryukyu Islands, known to us today as Okinawa, played a prominent role in karate's history. Formerly an independent kingdom, these islands became a Chinese vassal state in 1372. When all weapons were banned in 1429 (the lord of ancient Okinawa and later the feudal lord of Kagoshima, on the southernmost tip of Kyushu in Japan, banned the use of weapons, seized all weapons in the kingdom, and made the possession of weapons a crime against the state), there was a tremendous secret development of empty‑hand fighting. In 1609 the islands were conquered by Japan and all weapons and martial arts were again banned; this ensured the art's development to a formidable degree of efficiency. Most of karate history has been passed on by word of mouth, and there are many tales of the great Okinawan karateka. The term karate first appeared in 1772, when an Okinawan called Sakugawa started to teach what he called karate‑no‑sakugawa.
Shotokan is a modern name given to the style of karate that developed from the Okinawan systems, and which was introduced to Japan in 1922 by Gichin Funakoshi, the father of modern karate. He was born in 1868, and studied karate from his childhood. His love for the art led the Okinawan to teach. Funakoshi first arrived in Japan in 1922, invited by the Japanese Ministry of Education to attend an athletic exhibition. His demonstration of karate was a great success, and while he remained unknown for a few more years, he was befriended by the founder of judo, Jigoro Kano. Kano's help made a great impression on him, and he never forgot his kindness. The respect and courtesy he was shown probably influenced his own teaching and philosophy.
Between 1926 and 1930 Funakoshi developed karate further and consolidated its position in Japan. The universities were the main sites of karate study, and they were influenced by research on physiology and calisthenics. During this period Funakoshi and his son, Yoshitaka, added kumite (fighting) methods, the Japanese kyu/dan ranking system, and some of the traditional concepts of budo (martial way) to the system. Under Yoshitaka, the development of Shotokan karate really accelerated. The stances were studied and strengthened by being made lower so as to apply dynamic controlled stress to the leg muscles, and the effect of hip rotation on punches and kicks were also examined. This resulted in an increase in the power of punching and kicking techniques. This knowledge was incorporated into the kihon (basics) of Shotokan karate. After 1936, the kata were revised to conform to a dynamic new style.
The word 'shotokan' was chosen by Funakoshi's students as the name for his first personal dojo. It derives from his pen name, 'shoto', meaning 'pine waves', and 'kan', meaning hall. It soon became the name for Funakoshi's style of karate.
Yoshitaka Funakoshi died in early 1945, his death probably precipitated by the news that his father's dojo had been destroyed in a bombing raid. After the war, Gichin Funakoshi returned to teach in Tokyo, and in 1952, at the age of eighty-four, he undertook a three‑month tour of American air bases, thus ensuring the spread of Shotokan karate to America. He died in 1957, at the age of eighty-eight. His memorial bears the words 'Karate ni sente nashi' ‑ 'There is no first attack in karate'.
These are basically the rules of the dojo, to lend some ethical justification for the practice of karate, and to guide especially children who practice karate in the proper use of their skills. There are five of these rules, generally thought to have been passed down from Okinawan karate masters to the present. The actual creator of these rules is rumoured to be Sakugawa, an 18th Century karate enthusiast who lived in Okinawa. More likely this Dojo kun was created by Gichin Funakoshi, but no evidence exists either way.